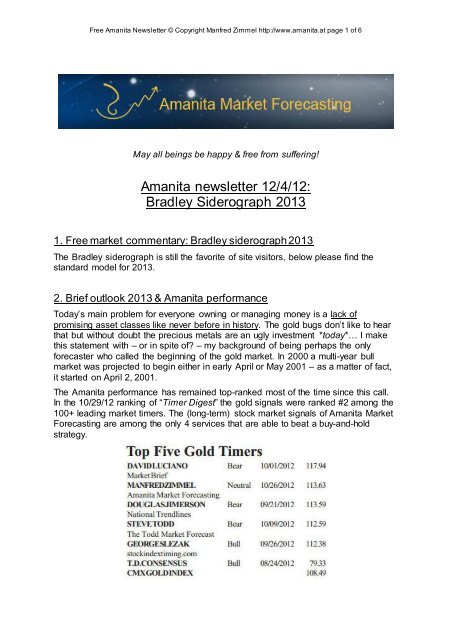 
It does remind me of the recent tales of people in the United States who are alleged to emit pieces of thread from their skin. What could be next? People who perspire petrol?

Forecasting of the financial markets

I thought you might find it of interest. Your show is a real pleasure to listen to each week. Howard Lewis Hershey, PA.

I came across this message on the web a while back. I suppose it is some kind of inspirational message, although it doesn't work very well for me. I thought you might like to use it in one of your 'Name That Logical Fallacy' segments, since it seems to be a pretty typical example of the shoddy reasoning used by a lot of people. One of my Christian friends actually thought it was very insightful, which is why I find it interesting: it's something that seems reasonable from a distance, but that perception disappears when you look at the details.

Remember that a lone amateur built the Ark, and a large group of professionals built the Titanic. JR: Hello. This is James Randi. Karen has been engaged in an ongoing battle for years now with a fellow named Mogens Winther, who is a high-school teacher in Denmark and a frequent correspondent of mine. Perhaps I need not tell you that Mogens is, well, not exactly supportive of Karen's work; in fact, he thinks that astrology, as I do, is just nonsense.


I have some correspondence in front of me here that he engaged in with Karen, and some of the claims made by her and by her association are pretty startling, even for astrologers. You see, the work of the ISBA is devoted entirely to the use of astrology in business. They say, for example, that they're able to judge who's suited for a job or not merely by looking at the job applicant's horoscope. Now, that's not so bad; that's what all astrologers say: they can tell these wonderful things by looking at the alignment of the stars with the planets, et cetera.

But for the JREF challenge, we wanted to test a rather different quality of astrology. For example, Mr. Winther quoted U. That would seem to be something more fundamental that we could examine. But perhaps a little too hairy, because we might have to insult some people.

Actually, for the ISBA, the International Society of Business Astrologers, we suggested pitting their abilities against some high-school students in Denmark to see who would do a better job. A Viennese astrologer named Manfred Zimmel decided that he'd take us up on it and we started to make arrangements for a test. Well, a bit of a kink was put in the operation of the ISBA. When the minister of works in Denmark declared that people couldn't be given a job or be kept out of a job based on their horoscope. As Mogens wrote to Karen, "further, the work ethical council is keeping an open eye on business astrology.

At least one union has publicly announced that they will take a case to court to test the latter point, as soon as they get any possibility of doing so.

The nose profile, the eyebrows, the shape of the fingers, for example. One of the ISBA's astrologers even published a whole paper saying the Capricorns could be recognized on their easily visible overbite; that is, the protruding of front teeth. Course, as he said to Karen, "you will still claim that your pseudoscience, astrology, is the very truth itself, much better off than phrenology or similar stuff.

Now this was back in May of We still haven't heard anything from Mr. What happened to him, I wonder?

Why a Karen Boesen herself or perhaps a whole board that she could appoint a committee, perhaps, of astrologers. That sounds powerful, doesn't it? Why they couldn't do it, I really don't know.

I tell you these details because you should know how difficult the work of the JREF really is. We have a hard time keeping anybody pointed in the right direction. To get them to stay with the project long enough to get it done seems almost impossible. Now I don't think we'll ever hear from Mr.

You will notice that the Bradley chart catches both the June turning point and the September dive of all things financial. The hit pretty close the February turning point, then caught the turn, but flat out missed the accelerating upward drive from July through the end of the year. Which brings me to the caveat in bright red ink stamped right there on the chart. I don't like that. C'mon, grow a pair!!! I do the same thing for each chart, on one I get a frame, the other no. Makes me nutsl!!! The reason I bring all this up?


Another test for "The Bradley" occurs March 1, through August 10, Now you're warned. As for me, I'm gonna enjoy life over here on the sidelines. OK, OK I'll admit it. I'm short a little.